I brought some lighting equipment and a backdrop to the UNCENSORED exhibit at NDSM-fuse and did some photo shoots with an audience, which was fun. I will post a video in the news section, once the material has been edited.

Drag Queen Starlet A.J. Heartstone was the first to stand in front my camera. It was his/her first photo shoot and I was amazed how well she responded to the camera and the audience. 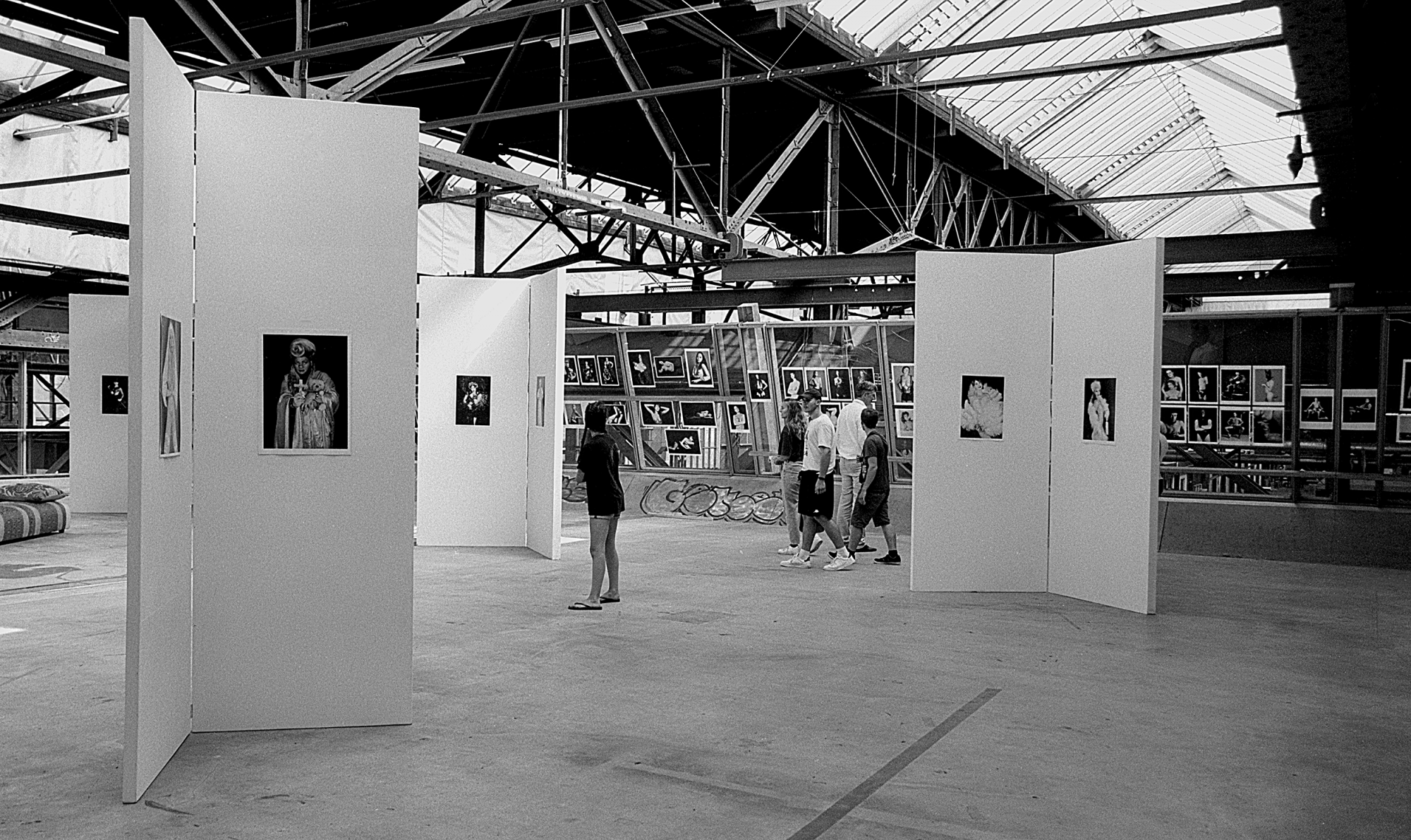 The exhibit at NDSM-Fuse came in two parts. The first part was a prequel during the Pride and featured a selection of works of the GENDER! Series.

The second part was a retrospective exhibit, including the complete GENDER! series and works from different series between 1977 and 2020, starting off with the Rockers, my first solo exhibit.
My son (his website) documented the almost 200 photographic works on his iPhone. (See video below.)

The show ended yesterday (August 30th, 2020) and I feel tired now, but it was one of the most interesting exhibits I ever had, since there was so much material over so many years.

It felt like a very long 65th birthday, and I was surprised to see visitors I once photographed, but had not seen in decades. It was fun but exhausting. Getting older does come with certain disadvantages, although I absolutely felt worse after the first Rockers exhibit in 1977.

The June exhibit of 21st Century Madonnas in Zürich, Switzerland was cancelled due to the lockdown. Plans to get the GENDER! exhibit on the road for artistic and educational purposes were postponed.

Luckily NDSM-fuse had 600 square meters available for an exhibit. At first I was quite overblown by the idea of filling such a large space, but the offer came on my 65th birthday, so I spontaneously decided to go for a retrospective of photographic works, created between 1977 and 2020.

Also, they had some space left for the last week of Pride Month to exhibit part of the GENDER! series.

So a selection of the GENDER! series now serves as a ‘prequel’ of the retrospective which I named UNCENSORED, since I had so many problems posting my works on social media over the last decades.

Within the UNCENSORED exhibit you will find the complete GENDER! exhibit plus all major themes in my work since 1977, including the oldest Rockers series.